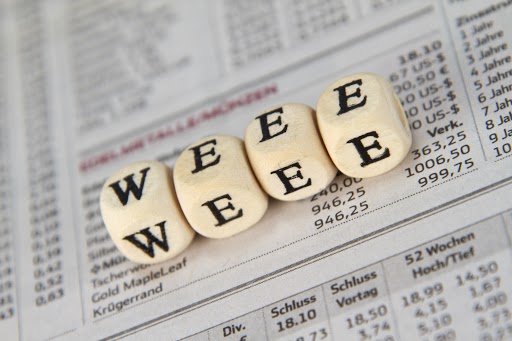 On May 12, the 15th International Conference on EPR Principle Recycling of WEEE (2022) was held at two venues in China’s Beijing and Qingdao city, respectively. In the conference, the China Household Electric Appliance Research Institute, which hosted it, released the 2021 WEEE White Paper.

The white paper reports on the latest standards for waste electrical and electronic equipment (WEEE), development of the WEEE industry, estimated numbers of home appliances disposed of, development of WEEE recycling technology and WEEE-related policies. The WEEE White Paper has been issued every year since 2011.

According to the 2021 white paper, many WEEE-related policies and standards were introduced in 2021, including changes to subsidies for WEEE disposal. The number of the five types of appliances listed on the first installment of the Waste Electrical and Electronic Equipment Disposal List (television sets, refrigerators, washing machines, air conditioners and microcomputers) that are disposed of in 2021 is estimated at 208 million in total.

Seven policies related to WEEE were developed between January 2021 and May 2022. The most noticeable of them are the Circular on Changes to the Subsidies for the Disposal of Waste Electrical and Electronic Equipment and the Announcement of Improvements to the Value-Added Tax for Comprehensive Recycling. The reduction in the subsidies for WEEE disposal is said to have had a big impact on the industry.

Name of the policyIssuer(s)Publication date

Six sets of national and association standards for WEEE were developed in 2021. One of these sets, the Standards for Waste Electrical and Electronic Equipment Collection (T/ZGZS 0201-2021) released by the China Resource Recycling Association, aims to standardize WEEE collection to promote the WEEE recycling industry.

A series of association standards for the reduction of carbon emissions from WEEE, released by the China Association of Circular Economy, are noticeable as well. These association standards set out methods of determining the amount of greenhouse gas emissions reduced in the disposal process of WEEE as well as setting other rules. National standards defining requirements for the disposal of waste circuit boards are also planned.

The numbers of the five types of appliances listed on the first installment of the Waste Electrical and Electronic Equipment Disposal List — television sets, refrigerators, washing machines, air conditioners and microcomputers — that are disposed of in 2021 are estimated at 62,600,000, 41,622,000, 35,429,000, 44,547,000 and 24,218,000, respectively. The total is 208 million. Guangdong, Jiangsu, Shandong and Henan provinces dispose of the most appliances.

The 2021 WEEE White Paper (in Chinese) is available at
http://www.weee-epr.com/article/detail_1322.html