On March 7, 2018, the seminar of “Research Project on Expanded Producer Responsibility Regulations of Vietnam (Decision 16)” was held in Hanoi, which was mainly organized by Hitachi Transport System, Ltd. The seminar was a briefing about the results of the “Feasibility Study on the Project for Complying with the Expanded Producer Responsibility Regulations of Vietnam – Building the C3 Solution”, which was led by the Ministry of the Environment of Japan for the promotion of overseas recycling business. Hitachi Transport System, the applicant for the project, has been conducting the survey in Vietnam since 2017, specifically, interviewing manufacturers and importers about the status of compliance with the Decision 16 (Prime Minister’s Decision No. 16/2015/QD-TTg), and examining the development of logistics and recycling infrastructure in the country.

As a result of the interview survey, 80% of companies are aware of the Decision 16, and most of them are interested in the Common Collection Club (C3) Solution, a joint scheme currently being planned by Hitachi Transport System. One of the reasons for their interest is that Hitachi Transport System has already set the large number of collection sites across Vietnam (total 83 sites in 48 cities and provinces) and its extensive network. Other reasons include advantages of cost savings for manufacturers and importers and collection services for valuable materials through the C3 Solution.

Also, in the seminar, the details of the C3 solution was explained by Hitachi Transport System and its participation fee, which will consist of a basic fee (annual membership fee) and a variable fee. And, Hitachi Transport System plans to collaborate with Sagawa Express to make its service expanded by connect their network. In addition, Hitachi is also considering working with existing retail networks in Vietnam (stores, supermarkets, and convenience stores) to collect discarded products subject to the Decision 16.

As for the timeline for the C3 solution, Hitachi told that it aims to launch the business in early 2019. 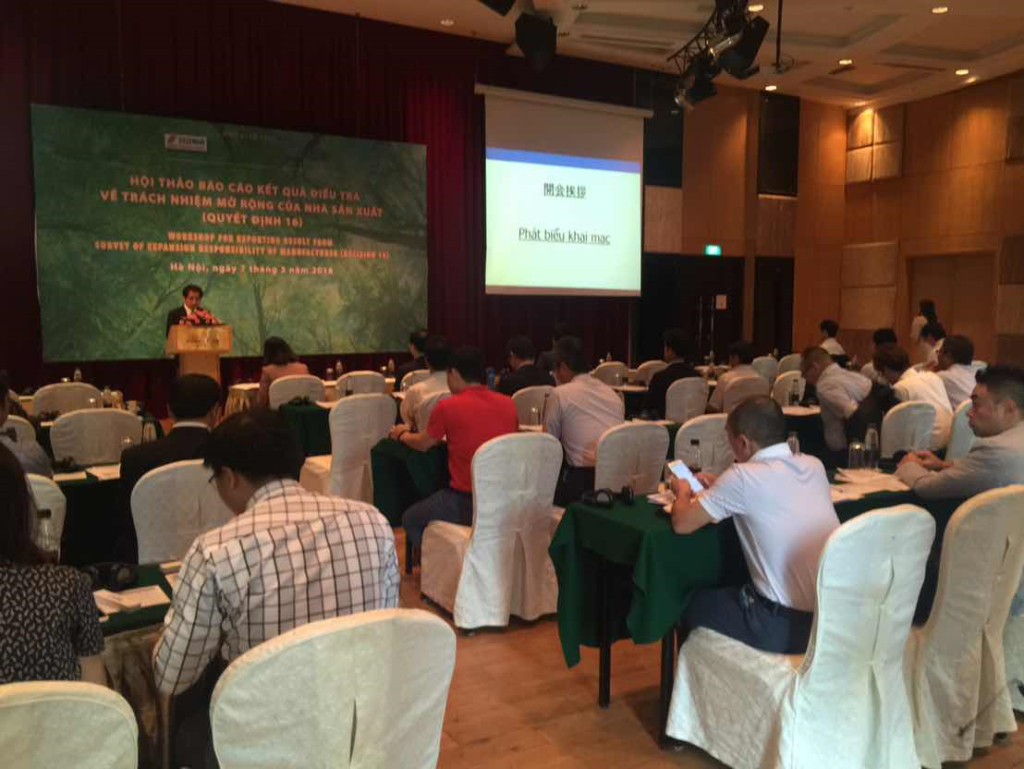