The most important point of the future chemical management system in Vietnam is the development of an inventory for existing chemical substances and the regulations for new chemical substances, but as of April 2021, the specific regulations have not been announced by government officials. Therefore, the following is an explanation of what has been done and what is planned for the future.

*However, in fact, only the National Chemical Database was completed now. The NCI is yet under development by Vinachemia, MOIT.

On September 15, 2016, the draft of the NCI was released by the MOIT for public comment. The first draft listed 3023 substances, and with the aim of expanding the information on the list, the Vietnam Chemical Agency (Vinachemia) conducted a first call for opinions for chemicals not listed in the draft until October 30, 2016.

Additional calls have been conducted in November 2017, September 2018, April 2020, and October 2020. In particular, the latest nomination, which started in October 2020, attracted a lot of attention as it lasted for a long period of six months. However, it is important to note that the numbers listed below are simply the number of substances submitted, not the number of substances approved in NCI. In order for a substance to be approved in the inventory, it must pass a review by the Vinachemia. The process of the review is not disclosed, but it is assumed that the validity or completeness of the SDS and various evidence documents submitted are checked. 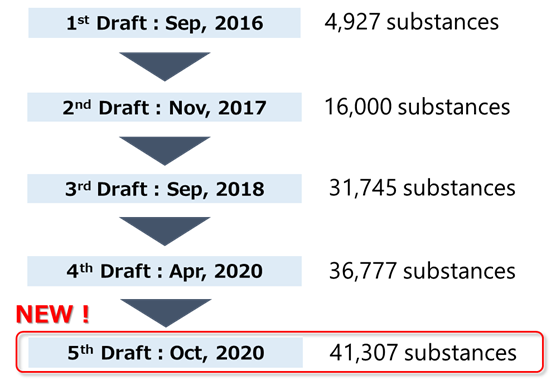 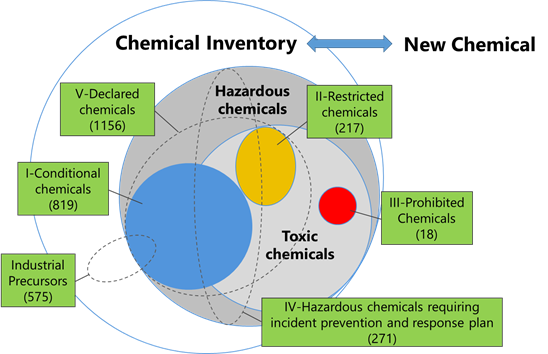