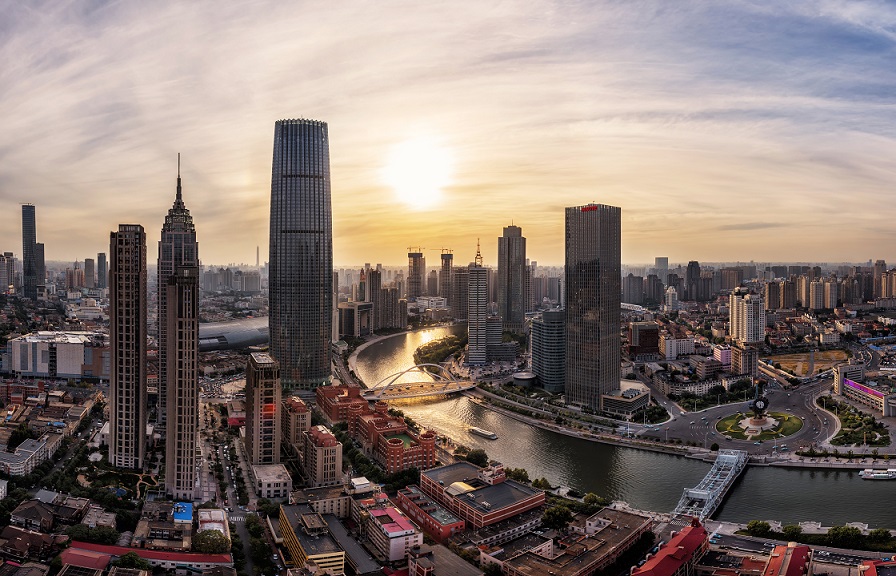 On May 25, 2022, the Tianjin Municipal People’s Government released the 2022 Pollution Prevention and Control Plan. In the Plan, environmental targets for 2025 and 2035 are set out respectively. In addition, to achieve these targets, the plan also clarifies measures to control pollution in areas such as air pollution, water pollution and soil pollution, and measures to enhance green development. In the above-mentioned targets, the following specific objectives to be achieved by 2025 are also indicated:

The targets for each area by 2025 are as shown in the table below.

To achieve each of the above targets, the Tianjin Municipal People’s Government has put forward several measures. Among them, further promoting carbon peak-out is regarded as a priority. In the future, Tianjin will make a unified plan for economic development and environment protection, as well as pollutant emission reduction and carbon emission reduction. And it also plans to establish a carbon peak-out and carbon neutral “1+N” policy system (basic guidance document (1) + policy measures for each industry and sector (N)) by implementing special plans for carbon peak-out in industries and major sectors such as coal, steel, petrochemicals, chemicals, and building materials.