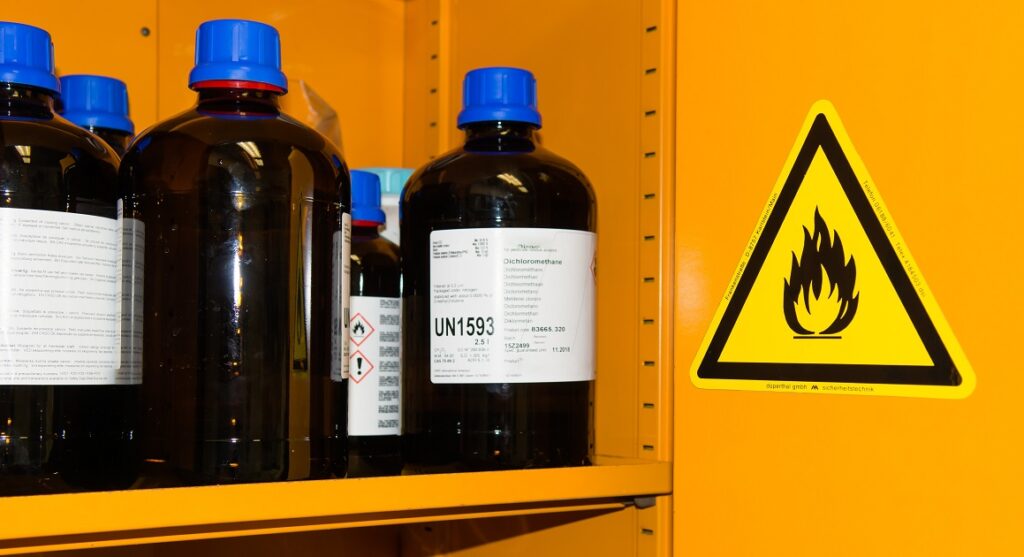 On February 14, 2022, the Ministry of Labor of Taiwan released the revised controlled chemicals list based on the Article 2 of “Regulations Governing Designation and Handling Permission of Controlled Chemicals”, and the revised list will come into force on April 1, 2022. According to the revision of November, 2021, the classification of “controlled chemicals” defined in Article 2 of the regulation was revised as follows.

Based on the provisions of “Occupational Safety and Health Law”, it is necessary to make a notification to Ministry of Labor when handling “controlled chemicals”. The list released this time includes newly designated chemicals based on the definition of the revised regulation. The newly released “controlled list” are as follows.

On November 5, 2015 and December 27, 2018, designated controlled chemicals lists based on old regulation were released. According to the Ministry of Labor, this time the list was newly released as its classification was made based on the new classification of the regulation, which was revised on November 5,2021. In addition, there are no newly added chemicals this time.

For the original text of the above announcement, please refer to the following URL (in traditional Chinese).
https://gazette2.nat.gov.tw/EG_FileManager/eguploadpub/eg028027/ch08/type3/gov82/num30/Eg.htm