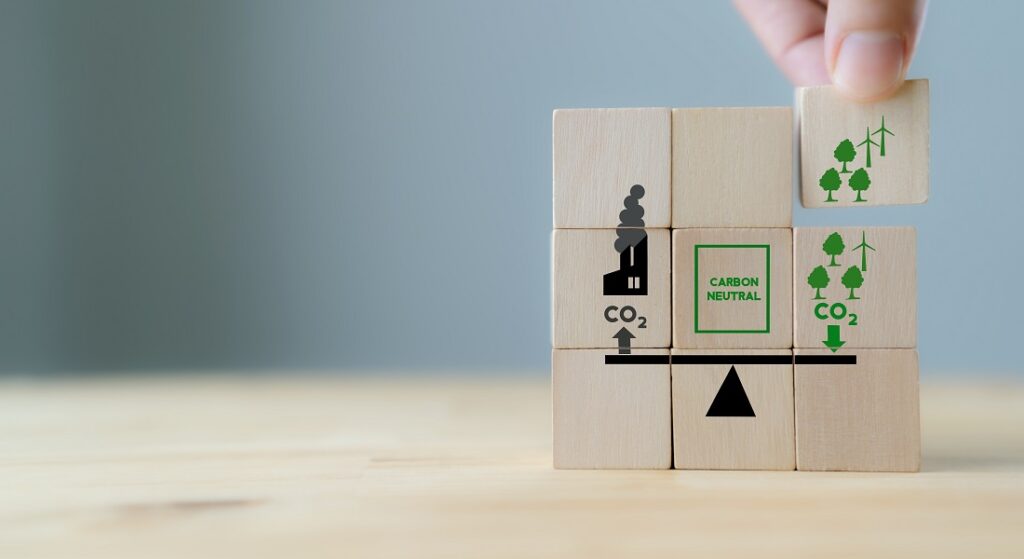 The mid- to long-term greenhouse gas reduction target (NDC: Nationally Determined Contribution) was set to be “a 40% reduction in greenhouse gas emissions by 2030 compared to 2018 levels.” In addition, the government will formulate National Master Plan for Carbon Neutral within one year after enactment of the Act. The Plan shall be a 20-year plan and will be developed and enforced every five years. Local governments shall make a 10-year master plan based on the National Master Plan. Besides, the 2050 Carbon Neutral Green Growth Committee will be established to annually review the achievement of greenhouse gas reduction targets and make the results available to the public via the internet.

In order to promote the reduction of greenhouse gas emissions, the Greenhouse Gas Reduction Cognitive Budget System and the Climate Change Impact Assessment System will be introduced. The Greenhouse Gas Reduction Cognitive Budget System is a system to analyze the impact of national budget on greenhouse gas reduction, reflect the results in budget compilation, and evaluate its effect at the time of settlement of accounts. This System will be administered by the Ministry of Economy and Finance and the Ministry of Environment, to be applied from FY 2023. The Climate Change Impact Assessment System is a system to assess in advance the impact of climate change on projects and plans that emit large amounts of greenhouse gases or are vulnerable to the climate crisis. This System will be introduced in a phased manner from September 2022 after conducting pilot projects. Besides, the conversion to electric and hydrogen vehicles will be promoted in the transportation sector, and a strategy to build a carbon neutral city will be developed in cooperation with the Ministry of Land, Infrastructure and Transport.

In addition to establishing the Climate Information Management System that constantly measures, investigates, and discloses changes in the concentration of the greenhouse gas in the atmosphere, the Climate Crisis Adaptation Information Management System will also be established and operated to investigate and assess the impact of the climate crisis on the environment. Furthermore, as just transition measures, the areas that will be affected by the implementation of carbon neutral measures will be designated as special districts and will be supported separately.

In order to stably promote carbon neutral policies, the Climate Response Fund has been operating since January 2022. 2.4 trillion KRW will be budgeted for FY 2022 to support greenhouse gas reduction measures, creation of carbon neutral industries, just transition, and establishment of systems and infrastructures. For the general public, the point system for carbon neutral practice has also been introduced. This system, which has been in operation since 2022, grants points to the citizens if they use electronic receipts or own water bottles in their daily lives.

The press release from the Ministry of Environment of South Korea regarding this article can be viewed at the following URL (in Korean).
http://me.go.kr/home/web/board/read.do?pagerOffset=30&maxPageItems=10&maxIndexPages=10&searchKey=&searchValue=&menuId=10525&orgCd=&boardId=1515170&boardMasterId=1&boardCategoryId=&decorator=